The David Mainse Best Blog Of The Year Award 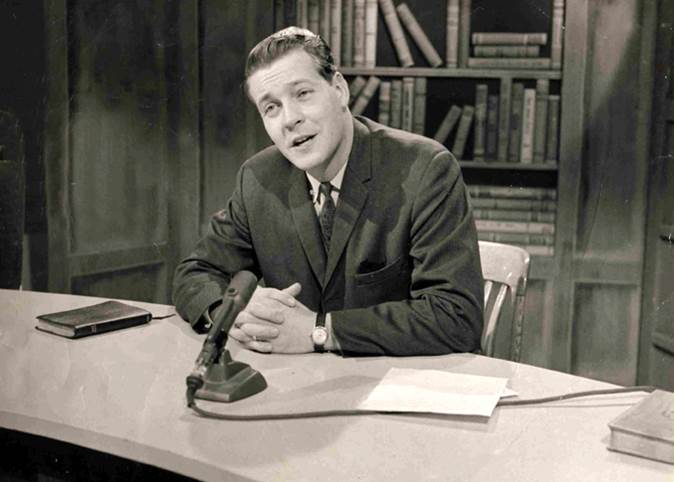 For more than half a century, the Reverend David Mainse, founder of Crossroads Christian Communications Inc. and YES TV, used television and other media to speak into Canadian homes and lives.

Throughout that time, the technology changed but his message did not; in the simplest of words that message can be summed up as: “Jesus loves you! This I know, for the Bible tells me so.”

Born August 13th, 1936 in Campbell’s Bay, Quebec and raised on the outskirts of Canada’s capital city of Ottawa, Ontario, David’s earliest influences were his rural environment and his parents – who were missionaries and educators, and who inspired him to take a message of hope and love to the world.

His mother died when he was 12, leading David to become angry at God until he experienced a religious conversion at about the age of 16. He began teaching public school while still in his teens, studied theology, and was ordained. He served as a pastor across Ontario in Brighton, Deep River, Sudbury, and Hamilton.

David met and married Norma-Jean Rutledge in 1958; she would be his partner in life and ministry for the next 59 years. Their foray into television began in Pembroke, Ontario, on June 2nd, 1962 with a 15-minute program following the late night news called “Crossroads.” The format was simple: while David delivered a message, Norma-Jean (and her brothers) would share their musical talents…

His commitment was to lead his blog readers on a two-year journey through the Bible, providing the scripture portion to read along with his own brief devotional commentary, followed by a prayer for the day and a few personal words. Each morning Rev. Mainse would wake up at 4am to pray and ask God for fresh writing inspiration for the day’s entry, which would be posted to 100words.ca each day at 6am, as well as emailed out to subscribers. Rev. Mainse made this commitment to the 100 Words blog shortly after his cancer diagnosis in 2012, when doctors predicted he would live for two more years. 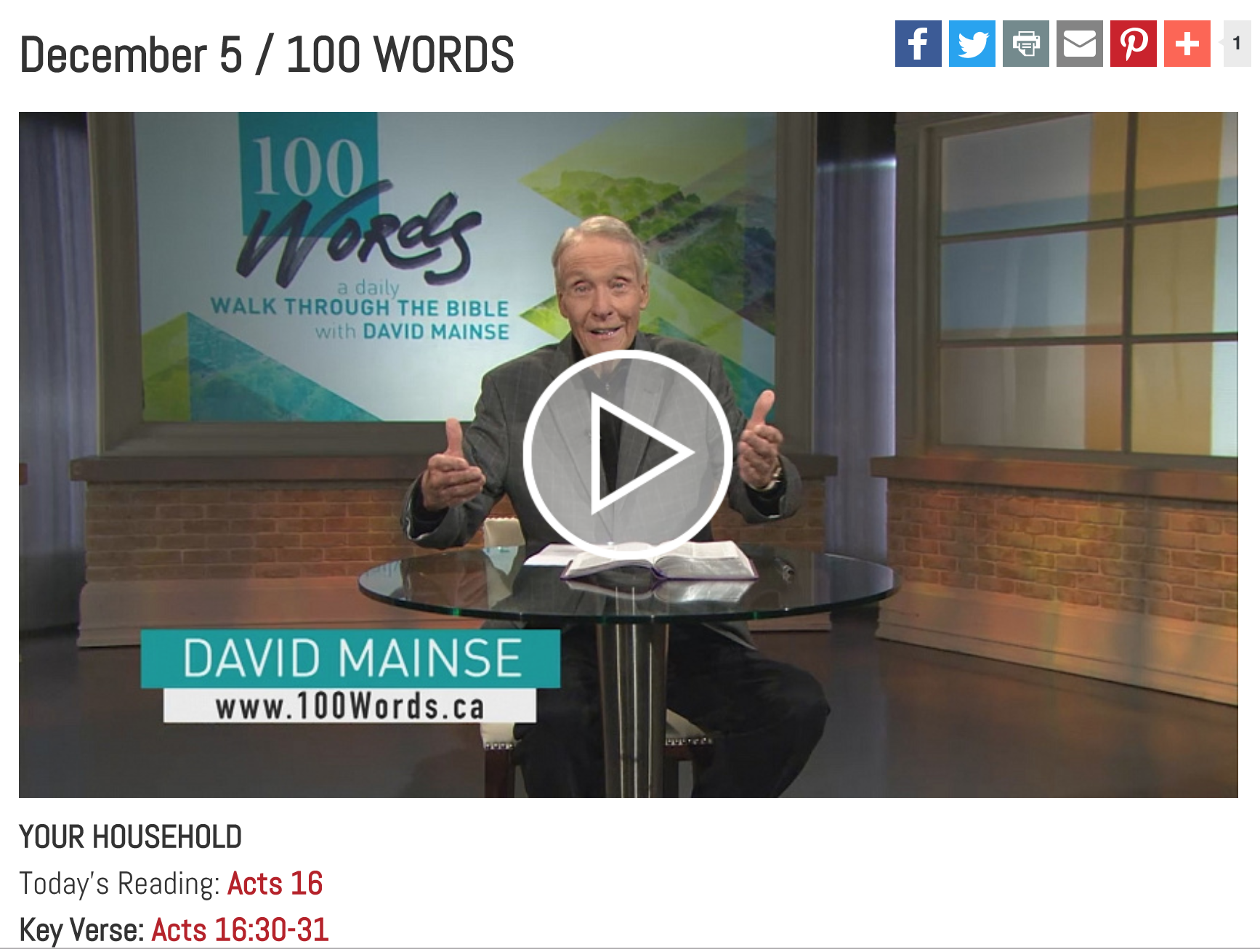 By June, 2014, Rev. Mainse had completed the two-year journey through the Bible, having posted 730 daily blogs. Rev. Mainse decided to keep the blog going for another two years, or as long as God kept Him around. At the time of Rev. Mainse’s passing, September 25, 2017, he was already into his third two-year blog journey through the Bible! He also added a new dimension to these devotionals by hosting a video version (vlog), also available at 100words.ca.

David’s son, Ron Mainse, continues to keep his father’s words alive by updating the blog with David’s commentary, prayer and personal words from his previous years’ postings as an ongoing legacy to this extraordinary man of God. 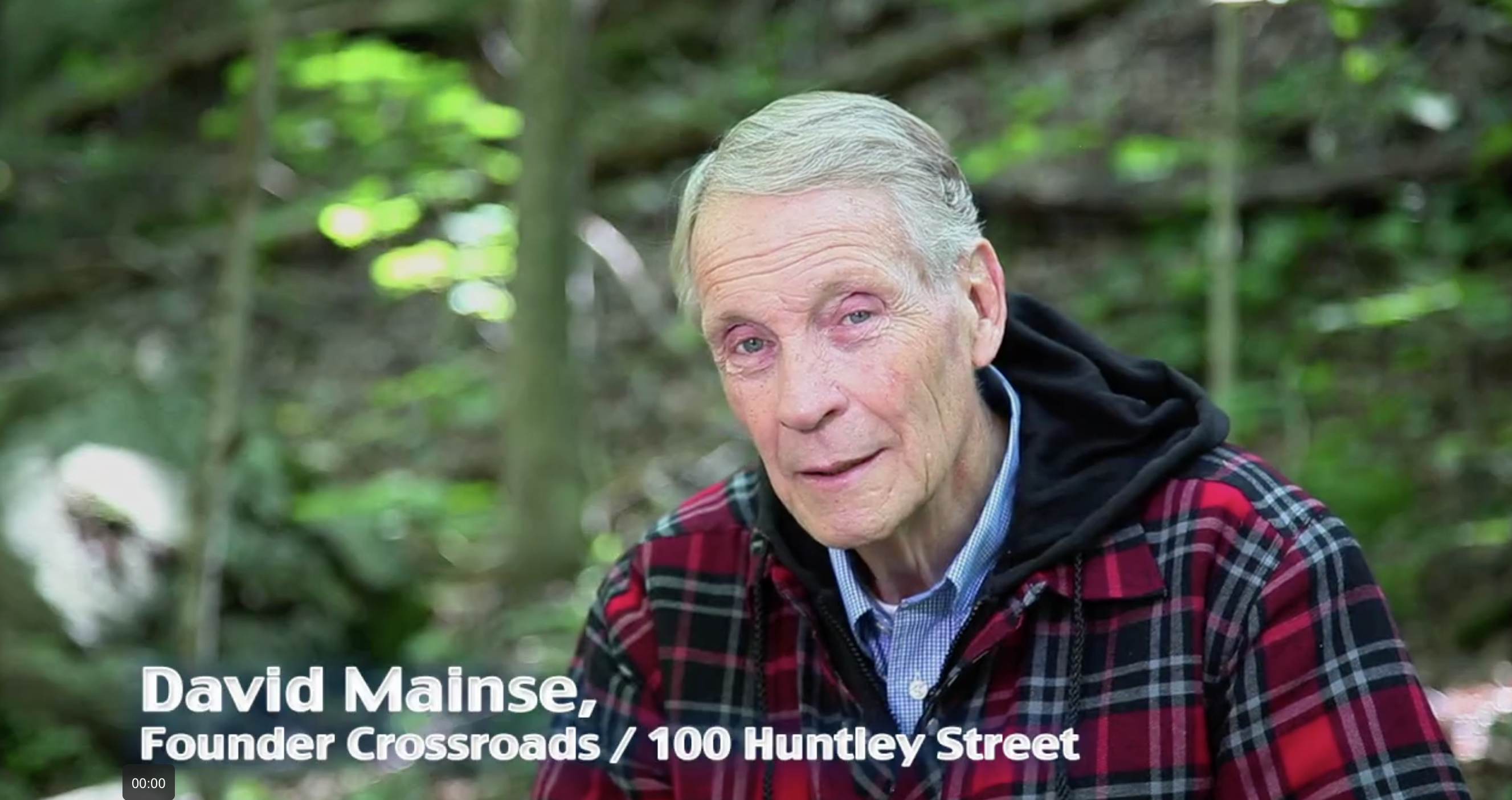 A VIDEO REV. DAVID MAINSE MADE TELLING HOW GOD CALLED HIM TO BLOG THROUGH THE BIBLE

The David Mainse Best Blog of The Year Award

The 2019 Word Awards will be the first year a Canadian Christian Blogger will be awarded the prize for the Best Blog of The Year.

3 Entrants will be selected for the Short List.
Each shortlisted entry will receive recognition during the Live Streaming of the Short List Announcements on The New Crossroads Castle App and one ticket each to The Word Awards Gala where the winner will be announced.

The Blog Will Be Judged For The Following Elements

Since The Word Awards are literary awards the writing portion will always be the main issue, but The David Mainse Best Blog of The Year does judge beyond just the writing.  There has to be more substance to the blog, more connection with the readers than just blog posts and will need to include additional audience benefits such as: a podcast, online courses, online community, membership group etc.