This Award is for:

and will constitute the top prize in The Word Guild’s annual song lyrics writing contest. The award will be presented each year in June at their black-tie gala – The Word Awards – which celebrates the best of Christian writing in 35 categories, including articles, fiction and nonfiction books, screenplays, and song lyrics. 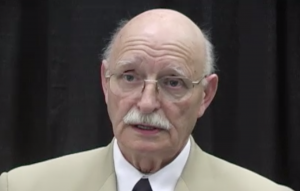 The Word Guild takes great pleasure in naming their annual award for best song lyrics in memory of Terence L. Bingley (1937-2009), a leader among Canadian retailers and distributors of music products.

Terry Bingley played both the piano and the violin, and in his younger years played in a couple of bands. “Terry was involved in music all of his life,” says his wife, Judy. “Classically trained, he appreciated and could play most types of music, but he especially loved to hear the lyrics of the hymns.”

Terry is best remembered for his leadership and influence in the Canadian music products industry.

Right out of university Terry started his own music retail store in Ottawa, and operated it until, in the early 1970s, he sold the business and joined Yamaha Canada.

In the late 70s, Terry joined Kawai and helped set up Kawai Canada, for which he served as director of marketing. After this he started a consulting business along with Judy. This led to purchasing a music company in Alberta called National Music. After building this business for five years he sold it. Immediately after that, in 1984, he and Judy established their own national wholesale distribution company, Bingley Distributors, which became a key player in the growth of the North American music market.

Judy says,
“We became sponsors of The Word Guild’s song lyric award because we wanted to emphasize the valuable addition this artistic medium brings to our lives. The lyrics can touch our hearts, bring tears to our eyes, or put a smile on our face and make us want to clap our hands and get up and dance. We especially love song lyrics that honour and praise our Lord and Saviour.”

The Bingley family has sponsored this award for several years, and wants to continue in memory of Terry.